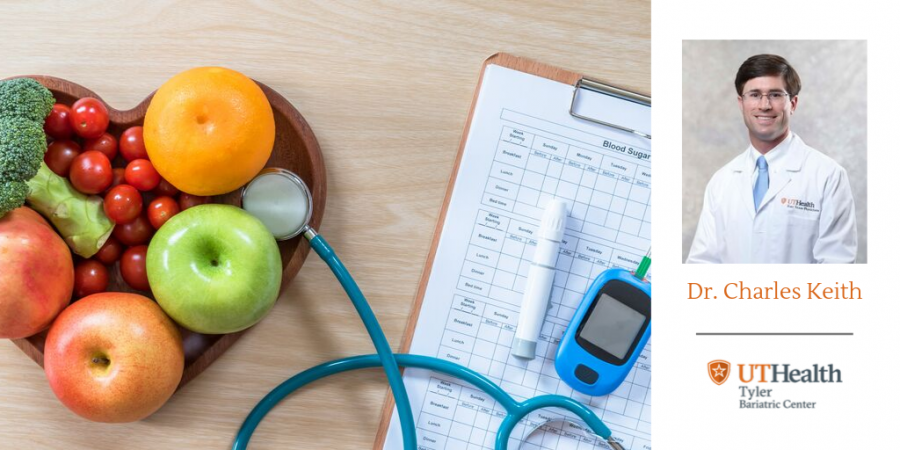 When most people think about bariatric surgery, weight loss is what comes to mind. However, the benefits of bariatric surgery extend much further than seeing lower numbers on the scale. Over the course of several future blog posts, we will discuss other reasons to have bariatric surgery.

People with type 2 diabetes, also known as adult-onset diabetes, can experience not only excellent weight loss after bariatric surgery, but they can make their diabetes much better. In fact, many people can put their diabetes into remission. That could mean reducing the amount of insulin they require each day, being able to change from insulin injections to medicines taken by mouth or being able to stop taking injections and medicine altogether! It’s remarkable how much a person’s life can improve when they go from taking insulin injections several times each day to no longer needing insulin.

It has been proven through high-level research that bariatric surgery, plus medical management of diabetes, is better than medical management alone. A large clinical trial placed 300 patients with diabetes and obesity into two groups. One group underwent bariatric surgery in addition to their diabetes medications, and the other group continued their medications without surgery. Over time, it was shown that the patients who had surgery were more likely to get their diabetes under control than patients who did not undergo surgery.

Why is it important to improve diabetes?

Diabetes is a very serious condition that can cause or contribute to other major health problems such as heart disease, stroke, peripheral vascular disease, kidney disease, nerve problems and others.

As you might expect, this incredible finding has gained worldwide attention. Just last month, these results were highlighted by the Wall Street Journal, New York Times, Time Magazine, Bloomberg News, CBS News and many more national and international news outlets.

This is the golden question that is being researched and debated around the world. One theory is that after surgery, your body makes more of certain natural hormones which help your body produce more insulin and become better at responding to that insulin. Because your body will now make more insulin and respond better to it, the need for you to inject insulin or take medications is decreased. Other theories explain that surgery leads to your body releasing fewer harmful hormones.

Although experts cannot agree on the exact reason for diabetes improving or resolving after bariatric surgery, they can agree that diabetes often gets better and gets better quickly. It is not uncommon for people to have surgery and see improvement in their diabetes within just days.

In conclusion, bariatric or “weight loss” surgery does far more for people than help them lose weight and keep it off. These operations help people to live longer, healthier lives. If you have type 2 diabetes, I encourage you to visit us to discuss your unique situation and the benefits you might expect from a bariatric procedure.

Written by Dr. Charles Keith, a bariatric surgeon who practices at UT Health East Texas Physicians in Tyler. For more information or to contact the clinic, visit TylerBariatrics.com or call 903-593-0230.